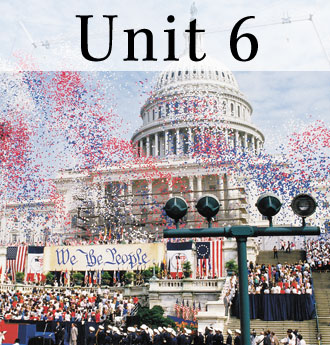 Unit 6: What Challenges Might Face American Constitutional Democracy in the Twenty-first Century?

The U.S. Constitution has proven to be remarkably resilient. It has survived more than two centuries because it has been able to accommodate massive transformations in American life, including the increasing diversity and size of the nation and a traumatic civil war. The constitutional system provides Americans many opportunities to participate in local, state, and national affairs. At home and abroad its principles and ideals have inspired people. In this, the twenty-first century, its resilience will continue to be tested.