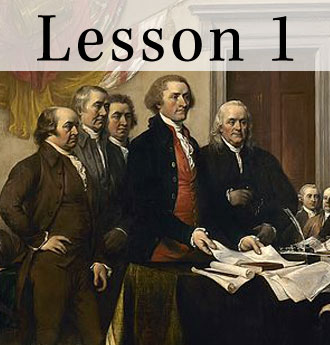 This lesson introduces the basic ideas and experiences the founding generation drew on to create the kind of government they believed would best protect the natural rights of individuals and promote the common good. Classical Greek and Roman writers, natural rights philosophy, the Bible, Protestant theology, ancient and modern European history, and the Enlightenment in Europe and America were among the sources of the ideas that influenced the Founders. The Founders also participated in self-government in the American colonies before 1776 and in state and local governments after independence from Great Britain. The Founders' ideas about society and government and their experiences were diverse. The colonies differed widely. This diversity fostered a rich dialogue about the purpose of government and how it should be organized.