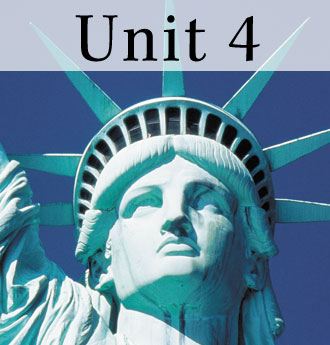 Unit 4: How Have the Values and Principles Embodied in the Constitution Shaped American Institutions and Practices?

In this unit you will learn how the three branches of the national government embody constitutional principles and how they operate. You also will learn how federalism remains a dynamic characteristic of American government.