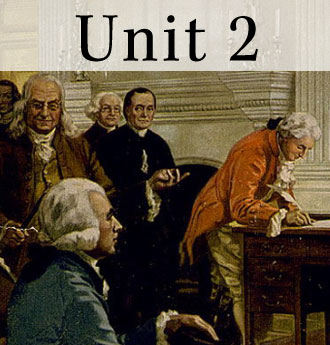 Unit 2: How Did the Framers Create the Constitution?

After declaring their independence from Great Britain, Americans had to decide how they would govern themselves. The Articles of Confederation, which were the first attempt to establish a national government, proved inadequate in the eyes of many leading citizens. Fifty-five men met in Philadelphia in 1787 and drafted the U.S. Constitution. These men became known as the Framers. The Constitution was not universally acclaimed, and its adoption and ratification provoked discussions of the most basic questions about political life and government institutions.